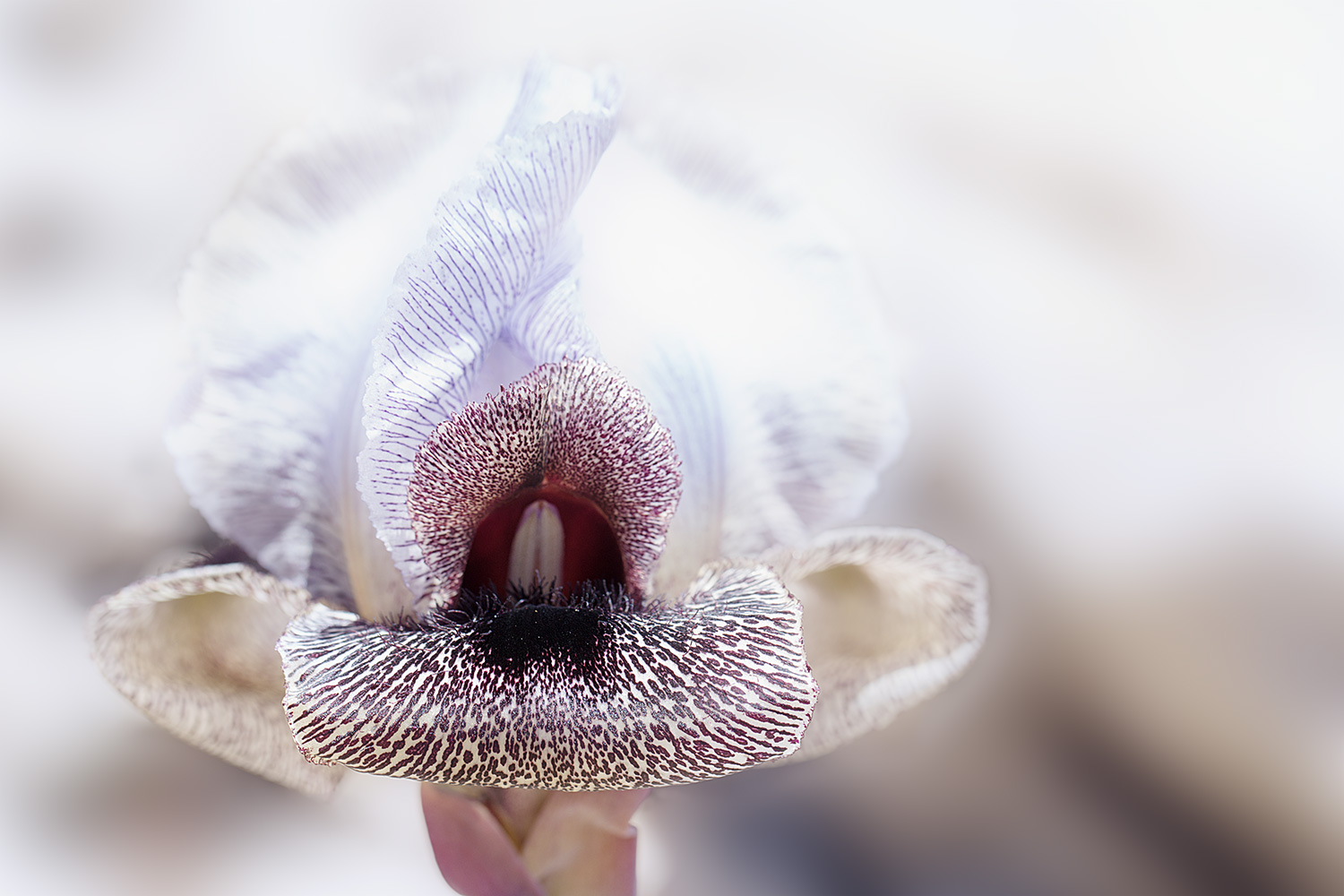 Let’s put things on the table right from the start

For a general overall effect, you CAN use opacity. On most circumstances – don’t. Opacity changes are good for lazy people. With one or two more clicks you can use Ctrl-M or Command-M on a mask and have better control and more options for fine tuning the result. One click for making a blank mask if no mask is already open, and Ctrl-M to begin dragging the slider.

Yet, if you need a very precise mask, do not use either. There are there are many precise masking techniques out there that you need to learn and master. However, Ctrl-M is an important intermediate tool that is way underrated.

Before we begin, a few words about the photograph’s subject

This iris is unique. It is found at the higher elevations of the Hermon Mountain, at a restricted military area at the border of Syria. I needed a special permit to get there, and I photographed this iris while having a flu in a freezing cold wind, and two soldiers to guard my back.

This isolated iris population has not been identified yet. Some associate it with a species that is typical of the Syrian mountains and plateaus in the north and east, others think it belongs to a species that lives in Lebanon mountains to the north and west, and yet others argue that this is a small population of the Hermon iris, which is found at lower elevations of the Hermon Mountain and the Golan Heights, south and west from here. I therefore took a great effort to include these irises as a part of my photography project of the endemic Israeli irises.

After doing some minor cropping (about 6% on each dimension), I ended up with this photograph. 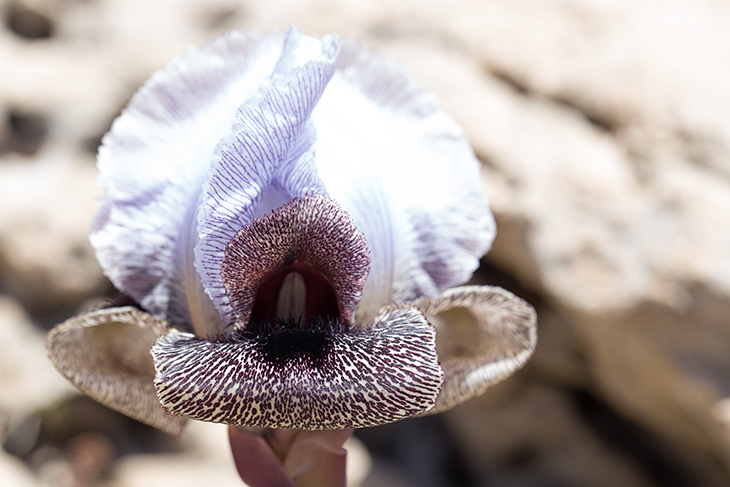 To isolate the flower from its rocky background, I used the new Photoshop CC selection tool, Select>Focus Area, and selected the sharper flower foreground. I then used it with a strong Gaussian Blur Filter, aimed to blur the far background. The following two images show the mask and the blurred photograph. 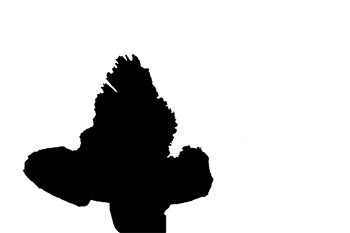 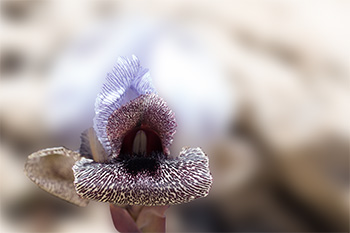 An Opacity change compromises among different needs, and my best result was at Opacity=56, which is far from satisfactory, as you can see here: 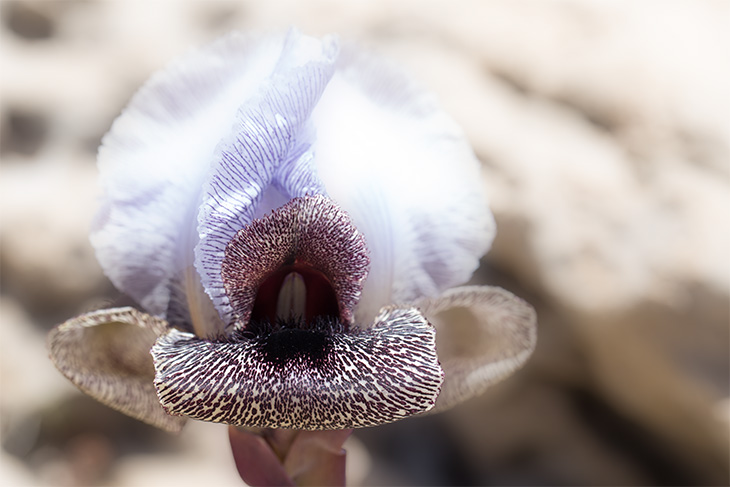 I used Ctrl-M instead.

I chose to go for the mess (i.e., the out of focus parts of the flower), because the mass is rather uniform and is easy to paint with a brush. I used the Ctrl-M curve’s slider to darken the white mask areas until the messy area was just about right. I then used a 100% white brush to paint the circumferential background and get maximal blur. I also used some dark brush strokes to darken some areas of the out of focus petals in order to sharpen them a bit. Here are the mask and the result of its use. 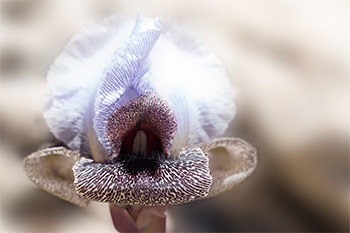 In this case, there is no right or wrong, and with almost the same ease I could have made the above mask by leaving the mass area (background) white, and just painting the petals with different shades of gray to get different amounts sharpness in the out-of-focus petals. However, the Ctrl-M slider made it somewhat easier to reach the level of gray that would fit most of this area.

To illuminate the image, I used a Curve Adjustment Layer in Screen Mode, and I raised up the curve in the middle. This resulted in an overshooting brightness, although I used this curve to also crop brightest whites (see the image on left).

Correcting this image by lowering opacity would have been a mistake, so I turned to Ctrl-M again, and aimed for getting the best balance in the background. I then used darker gray brush strokes to darken certain flower areas, and lighter gray brush strokes to brighten others. The mask is shown above this paragraph (on the right if you use a desktop), and the result is shown below. 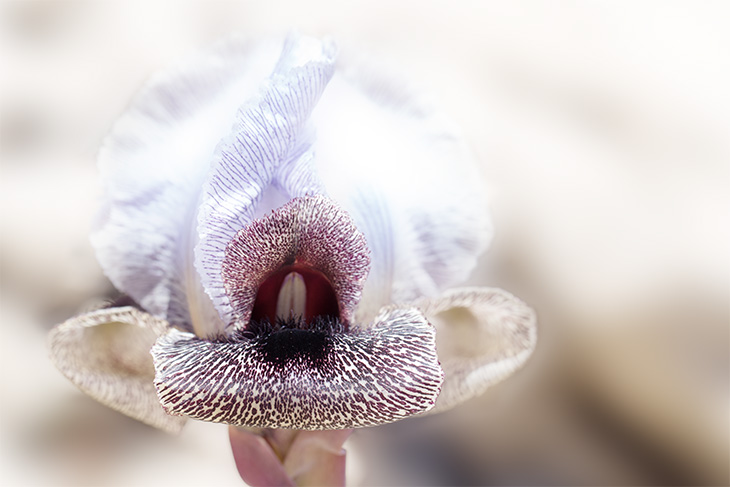 Finally, I was not happy with the overall color rendition of the image. I turned the layer to a smart object and edited it in the Lab color space. I used the Curve Adjustment layer in the b channel to get a bluer cast, and returned to sRGB (see the photograph below on the left)

I then used Ctrl-M on a white mask to adjust the effect for the background, and quick rough simple black brush strokes to completely protect the flower. Using minor brush strokes with lighter and darker grays, I was able to create a richer background to get the final result (the mask is the image below on the right). 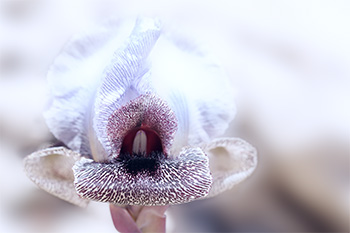 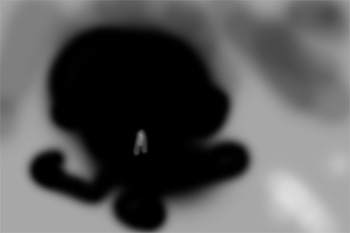 Finally, for the sake of this post (the feature photograph on top), I reduced the photograph size to 1500x1000 px, sharpened it and then used Ctrl-M (did you have any doubt?) to receive best sharpness in the more contrasty area in the foreground, and gentle darker or lighter brush strokes for adding or reducing sharpness in other areas.